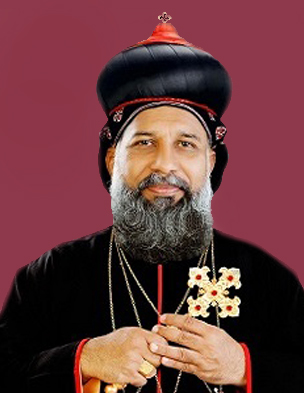 His Beatitude Moran Mor Baselios Cleemis, Major Archbishop-Catholicos of the Malankara Catholic Church and the Major Archbishop of Trivandrum was born on 15 June 1959 as the son of the late Mathew and Annamma Thottumkal at Mukkoor, Mallappally in the civil district of Pathanamthitta, Kerala, India and he was given the name Isaac. He hails from the traditional Pakalomattom-Powathikunnel family. He completed his primary education in St. Mary's UP School, Kunnanthanam and secondary education in St. Mary's High School, Annikad. Responding to the urge of God within him to surrender his life to the service of his Church and of the larger human community he joined the Infant Jesus Minor Seminary of the Eparchy of Tiruvalla in June, 1976. Bro. Isaac completed his Pre-degree studies in St. Berchman's College, Changanacherry. Then he was sent to St. Joseph's Pontifical Seminary, Aluva for the philosophical studies.

In 1978, the Eparchy of Sultan Bathery was erected bifurcating the Eparchy of Tiruvalla. Bro. Isaac boldly decided to embrace the challenges of a mission diocese and thus opted for the new Eparchy of Sultan Bathery. After completing his philosophical studies and a year of regency, he was sent to the Papal Seminary, Pune for his theological studies. On 22 March 1986, he was ordained a deacon by His Excellency the Most Rev. Valerian D'Souza, the Bishop of Pune. In March 1986 he graduated in theology from the Pontifical Atheneum, Pune. On 11 June 1986, His Excellency the Most Rev. Dr. Cyril Mar Baselios ordained him a priest for the Eparchy of Sultan Bathery. Fr. Isaac Thottunkal was then sent to Dharmaram College, Bangalore to do Masters in Theology. While doing his Masters, he served as the Vicar of the Malankara Catholic Faithful in Bangalore and contributed much to the founding of the flourishing Malankara Catholic Missions in Bangalore.

Having successfully completed his Masters in Theology in 1988, Fr. Isaac Thottunkal returned to Sultan Bathery and served as the Rector of the St. Thomas Minor Seminary and the Parish Priest of the St. Thomas Cathedral in Sultan Bathery. Then he was sent to Rome to do Doctorate in Theology. In 1997, he completed his Doctorate in Ecumenical Theology from the University of St. Thomas Aquinas, Rome.

Having returned to his home diocese, he served as the Spiritual Father of the Minor Seminary, the Chancellor of the Eparchy and as the Proto-Syncellus of the Eparchy. He is the author of three books, namely, Emerging Trends in Malankara Catholic Theology: Vision and Contributions of Cyril Mar Baselios, Sabhackum Samoohathinumayi (Malayalam) andSubisheshadeepthi (Malayalam).Msgr. Isaac Thottunkal was appointed Auxiliary Bishop of Trivandrum and Apostolic Visitator to North America and Europe on 18 June 2001 by Pope John Paul II. He was ordained a Remban on 2 August 2001 at St. Thomas Cathedral, Sultan Bathery by Most Rev. Dr. Cyril Mar Baselios, Metropolitan Archbishop of Trivandrum. He was ordained a Bishop on 15 August 2001 at Thirumoolapuram, Tiruvalla by His Grace the Most Rev. Dr. Cyril Mar Baselios. He assumed the name Isaac Mar Cleemis.He served as the Apostolic Visitator to the Malankara Catholic faithful in North America and Europe for two years and during this tenure, he took the initative to strengthen the existing Malankara Catholic Missions in North America and started a new Mission at Rockland County, New York. The Mar Ivanios Malankara Catholic Centre at New Hyde Park, New York is the visible fruit of the vision and the toil of Mar Cleemis who could win the wholehearted cooperation of all the Malankara Catholics in North America in realizing this project. In America, he served as the Patron of the Indian Christian Forum of North America and of the St. Thomas Ecumenical Federation of India in North America.

On 11 September 2003 His Excellency Isaac Mar Cleemis was appointed Bishop of the Eparchy of Tiruvalla and he was installed in office on 2 October 2003 at St. Johns' Cathedral, Tiruvalla. In February 2006, he was elected the Vice President of the Catholic Bishops' Conference of India.

By the providence of God, His Beatitude Moran Mor Baselios Cleemis Catholicos ascended the steps of eccleciastical dignity in an unfathomable speed. After his priestly ordination in 1986, he became a bishop in 2001. Within the next 11 years he was appointed Cardinal on the 24 October, 2012, at the age of 53 having the honour of being the youngest among the Cardinals. His appointment as a Cardinal is the crowning point of Syro-Malankara Catholic Major Archiepiscopal Church and his elevation is a blessing to India as a whole.